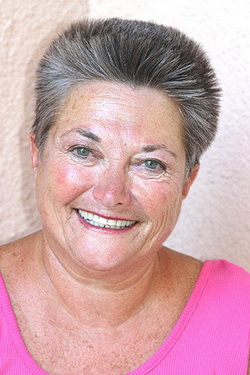 A graduate of Brooklyn College of the University of the City of New York, Arleen Lorrance earned her B. A. in Speech and Theater and her M. F. A. in Theater and Directing. She took graduate courses to the level of candidacy for a Ph. D. in Human Behavior at United States International University in San Diego, California and additional graduate courses in psychology at Brooklyn College, Sonoma State University, and San Diego State University. Ms Lorrance is a graduate of the High School of Performing Arts in New York City and has been a student of the Wisdom for nearly 40 years.

Arleen Lorrance was a professional actor for eighteen years. She studied at the Herbert Berghof Studio with Uta Hagen, Irene Dailey, William Hickey and others, with further preparation in the School of the Actors Company, with Irene Dailey, and the New Dance Group, with Sophie Maslow. Her professional credits include Broadway, pre-Broadway, and Off-Broadway productions, as well as Summer Stock performances and television appearances. She has worked in TV commercials, trade ads and in film, and has directed amateur productions.

Arleen was a teacher of Speech and Theatre at Thomas Jefferson High School in Brooklyn for eight years, serving as Assistant Dean of Girls, Faculty Advisor for the Human Relations Society, and Acting Chairperson of the Speech/Theatre Department in the same school. In 1970 she initiated The Love Project at Thomas Jefferson High School which gained national attention. In 1971 she moved to San Diego, California where she served as Coordinator of Cultural and Theatrical Activities for the San Diego Community Colleges and was a guest lecturer at Universities and Secondary school systems. Since 1972, Arleen has devoted herself to teaching The Love Principles across the continent and to showing people how to have creative jurisdiction over their lives.

Ms Lorrance was born Arleen Udoff in Brooklyn, New York. She lived in San Diego, California for 21 years and now resides in Scottsdale, Arizona. She was married to Richard (LaPan) Lorrance for eight years. Arleen can be reached at

Why Me? How to Heal What’s Hurting You (Rawson Associates, 1978)

These books are out of print: